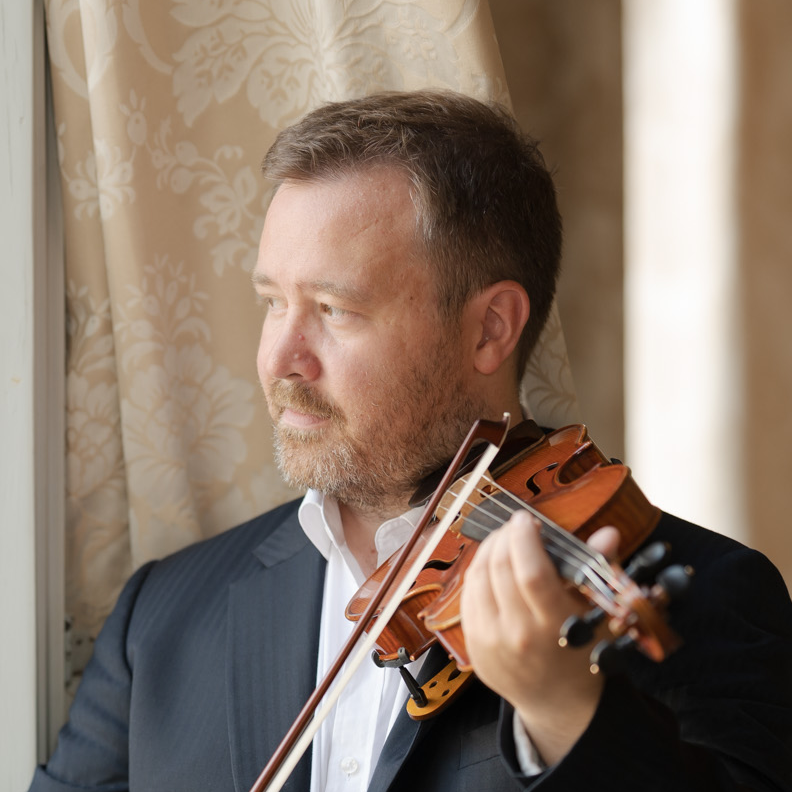 Being a passionate and versatile chamber musician, Bård Monsen is involved in a large number of musical ventures.

Together with pianist Gunnar Flagstad, he recorded the album “Interactions” on the award-winning label 2L in 2017. The album contains 20th century duos by Valen, Stravinsky and Lutoslawski, and was praised by Gramophone magazine as “truly immersive”.

He has, with Henning Kraggerud, recorded Ysaÿe’s Sonata for two violins on Naxos, a critically acclaimed recording that was nominated for a Norwegian Grammy.

Bård is one of the leading Norwegian violin teachers of his generation, and his teaching has taken him to several countries all over the world. Over the years, he has worked with some of the most prominent students and young talents in Norway, including a number of prize winners of international competitions. He is currently working as Head of Chamber Music and Head of Strings at Barratt Due Institute of Music.

He plays on a violin made by Enrico Rocca, generously on loan from Mr. Malcolm Bruno.

His teachers include Alf Richard Kraggerud, Geir Inge Lotsberg and Stephan Barratt-Due at the Barratt Due Institute of Music. He also studied with Mauricio Fuks at Indiana University, where he served as a teaching assistant to Mr. Fuks.